Trim Electric has been working in the City of Houston and surrounding areas for over 37 years and has had a long history of resolving electrical issues that have arisen from occupancy inspections. All commercial buildings in Houston require a Certificate of Occupancy to show conformance with the local building codes. The Certificate of Occupancy can either be issued after the completion of new construction or on an existing building, following inspection by the City of Houston Occupancy Inspection team.

Once the occupancy inspection team finds electrical issues then they place their findings on the inspection report. With a copy of this inspection report Trim Electric can now begin its work. We send out a licensed electrician to make sure that the electrical issues noted are indeed correct and that the occupancy inspection team has not missed any National electric code violations. This is important because many times you can have one inspector point out an electrical code violation and then when another inspector comes out he find might additional code violations. For this initial visit we just charge on a time and material basis which usually runs between 1 to 3 hours.

It is extremely important that this step is accomplished because we can save the business owner from a lot of headaches later on! If an inspector misses a code violation and we don\’92t catch it initially then the business owner can suffer undetermined and costly delays!

Trim Electric then prepares an estimate based on the inspection report and our own findings. Once we get your approval to proceed with the work based we must then get an electrical permit that is issued under the project number of the occupancy report. With this electrical permit issued by the City of Houston we then initiate our work.

The great philosopher Aristotle wrote, \’93The aim of the wise is not to secure pleasure, but to avoid pain\’94. Trim Electric has helped business owners avoid pain for over 37 years! Let us help you get your electrical issues on your occupancy permit resolved efficiently and quickly.

About the Author: tiny Giant Support

Our residential and commercial service area is concentrated around the Houston areas including Katy, Cinco Ranch, Spring, The Woodlands, Tomball and Conroe. 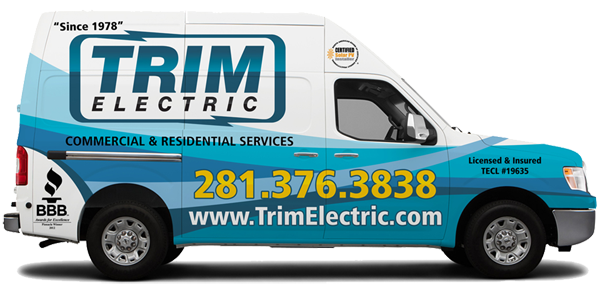